Our corporate social responsibility project, Rackets Up (a.k.a. Ucan Raketler) has been proceeding full speed ahead! Since our launch in Corum Province last year we have now moved on to the second phase of Rackets Up. 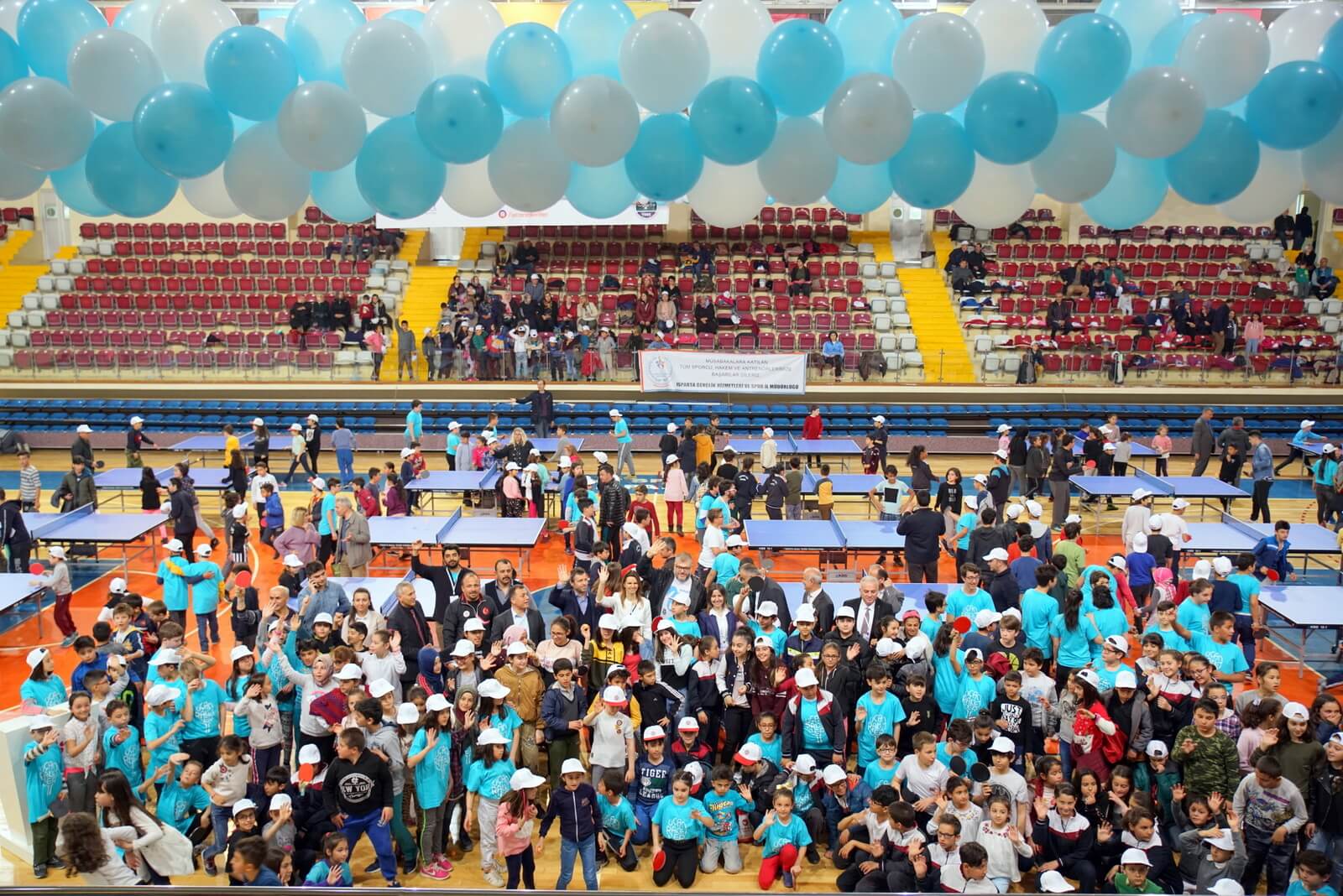 As you may remember from the previous issue of Hitit Talks, Rackets Up is Hitit’s CSR project. Its goal is to enable children to participate in table tennis and develop a healthy lifestyle of exercise and regular sports activities. This project was developed in cooperation with the Turkish Table Tennis Federation (TTTF), and most recently children from the Isparta Province participated in the sport on the 6th of April.

We specifically chose the 6th of April to celebrate as it is World Table Tennis Day. The project in Isparta was launched at the Isparta Işıkkent Sports Hall, with over 2,000 children from 41 schools participating. The event was attended by the Isparta Province Authorities, representatives from Hitit and TTTF, the project’s stakeholders, as well as teachers and students from the schools. We were delighted the Project attracted so much attention and interest. It was a full day of table tennis starting with protocol games and demonstration matches played by the students from some of the private table tennis clubs, which train potential players for the official Turkish leagues.

Under the project of Rackets Up we supplied 41 schools in the Isparta Province with table tennis boards and equipment. In addition to the equipment the children received support from a professional training program. Rackets Up is aiming at providing Level 1 coaching certificates to the teachers at the schools and encouraging the sport of table tennis throughout the schools.

Next stop for our project, in which we are targeting all our 81 provinces, will be Trabzon. In 2019 we want to make table tennis accessible for all children and as such we want to open the doors to the children and young people in Syrian refugee camps in the southern regions of Turkey. By the end of 2019, with the Rackets Up project, we are planning to bring more than 25,000 of our children together with table tennis.

You can find the details of the project at www.ucanraketler.com