Hitit has now brought its social responsibility project Rackets Up to the children and young people from Sakarya. With Sakarya, the fifth province of the project carried out in partnership with the Turkish Table Tennis Federation, the number of students who have benefited from Rackets Up so far has reached 140,000 and the number of volunteer teachers who received coaching training has reached 370. The Sakarya phase of the project, which aims to encourage children and young people to live a sporting lifestyle through table tennis, was launched on December 27 at the Atatürk Sports Hall. The event, attended by the Sakarya Governor Çetin Oktay Kaldırım, TMTF President Oktay Çimen, provincial officials and guests, attracted great interest. 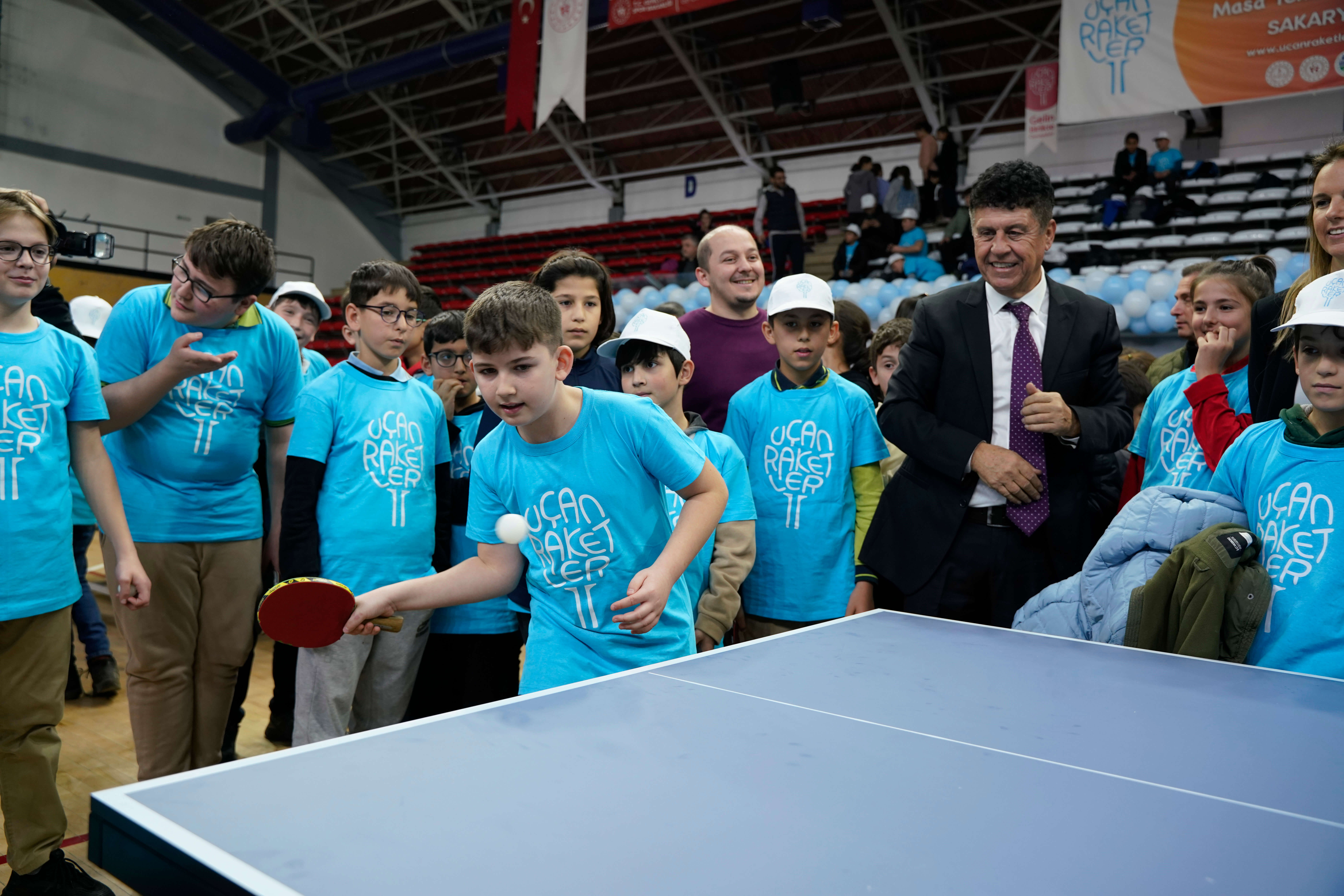 Hitit has now brought the Rackets Up social responsibility project, which brings thousands of children and young people together with sports, to Sakarya. The project, which is carried out in partnership with the Turkish Table Tennis Federation and has so far been realized in Çorum, Isparta, Trabzon and Şanlıurfa provinces, aims to help children and young people gain a healthy life and regular sports habits through table tennis. On Tuesday, December 27, 2022, a launch event was held at the Atatürk Sports Hall for the Sakarya phase of Rackets Up, which started in 2018. The launch of Rackets Up, which will benefit 25,000 students and 95 teachers from 80 schools in Sakarya, was attended by the Sakarya Governor Çetin Oktay Kaldırım, TMTF President Oktay Çimen, provincial officials and invited guests.

Within the scope of the project, schools in need across the province are identified and provided with table tennis equipment, and the coaches are volunteer teachers. Afterwards, the training process for the students begins by teachers who receive coaching certificates through professional training provided by the Turkish Table Tennis Federation. One of the most important goals of the project is to discover and support young talent in the field of table tennis and to gain athletes who will represent our country in the world in this field.
With the Rackets Up project, more than 115,000 thousand children from 55 schools in Çorum, 41 schools in Isparta, 77 schools in Trabzon and 100 schools in Şanlıurfa had the opportunity to receive professional table tennis training.

Hitit plans to reach more children and young people all over Turkiye with Rackets Up and has included 25,000 students from 80 schools in Sakarya in the project. 95 teachers volunteered for the project and will receive training provided by TMTF and coaching certificates to qualify them to start training the students. The project will continue in different provinces in the coming periods.

Nevra Onursal Karaağaç, CMO at Hitit, said the following in her speech:

"Our company, which recently went public, has adopted the principle of contributing to the development of the sector and our country with an inclusive and holistic approach since its establishment. We care about the development of society not only economically but also socially and culturally, and we feel responsible for this. Our efforts in many areas ranging from gender equality to the environment, from education to health, with a focus on sustainability are shaped by this approach. Our Rackets Up project, which we developed within the scope of the United Nations Sustainable Development Goals, `Good Health and Well-Being` and `Reduced Inequalities`, is one of these efforts. Sakarya became the fifth province in the project, and we are proud to be Turkiye's first and only sustainable table tennis project."